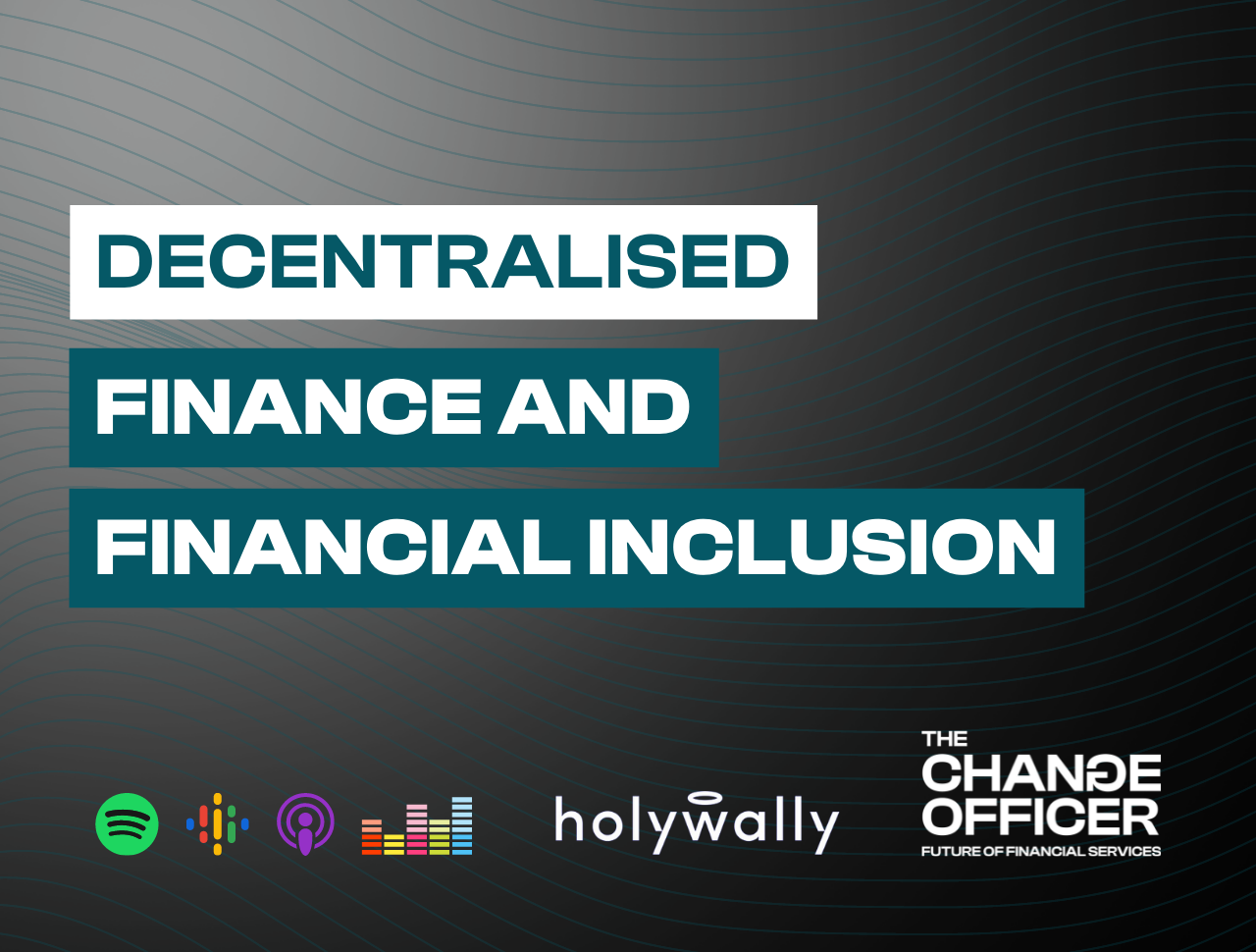 Financial inclusion is a topic that gains more attention by the day. As the fintech tide continues to surge with innovation across sectors such as embedded finance and Banking as a Service, hope seems to grow that this historically tough nut will finally be cracked.

In this episode of The Change Officer, Future of Technology series, we’re joined by Devid Jergerson, Executive VP at the National Bank of Fujairah. Devid provides an insightful perspective into how banks are reacting to these rapidly changing times.

The first thing Devid reports is that financial inclusion is a top priority at the highest levels of global government. With over a billion people worldwide still underbanked, Devid believes that this issue is deeply rooted in the system itself.

The traditional banking system is built on checks and balances, oversight, and a deep commitment to building and maintaining trust. This system leaves over a billion people vulnerable for reasons that are also systemic, such as an inability to prove identity. This trust-based system also drives costs up as considerable manpower needs to be spent to propel it, Devid explains.

When pressed for what could be possible solutions to this problem, Devid boldly states that blockchain is the best hope we have.

While many view blockchain as an antithesis to the banking system, Devid states that it is, in fact not. While there are many differences, both systems fundamentally set out to achieve the same purpose: to facilitate digital payments in the safest, most efficient way possible. Where they differ is with their approach to the problem.

Traditional banking is based on a central authority figure overseeing transactions and scrutinising them for any signs of deception. Blockchain technology is based on a system of machines following a pre-defined set of rules.

This simple, but important distinction allows blockchain to form a trust-less economy. Without the need for trust, the requirement for identity veracity and many other common checks disappears, allowing hosts of previously underserved people access.

The goal is that, in this process, blockchain can also achieve a lower average transaction fee rate than any financial system to come before it. Blockchain sounds like the panacea to heal all financial inclusion woes, but Devid reflects on a few reasons its advancement has been slowed.

Devid points to regulations as the main reason blockchain has not seen faster systemic adoption. Governments view banks as custodians and authority figures in the economy, and so feel compelled to impose a variety of checkpoints.

While well-intentioned, Devid believes many of these checkpoints are redundant in a blockchain system, obscuring any benefit it may present. Devid also points to public attitudes towards blockchain, and he shares how he believes that companies need to learn how to do a better job presenting blockchain technologies to market.

Blockchain technology seems to be the answer to financial inclusion, a problem that has systemically plagued the economy for centuries. However, with regulators being slow to act, adoption might require a radical founder to present blockchain to the public in a way that excites instead of confusing.

HollyWally is proud to power fintech discourse through The Change Officer. To find out more about HollyWally and how their services could help you, visit HolyWally - A White-Label Digital Wallet Platform

Is now the right moment?